Gianfranco Frattini (1926 – 2004) was an Italian architect and designer. He is a member of the generation that created the Italian design movement in the late 1950s through the 1960s.

Wood was without doubt Frattini’s preferred material. Some of his interior designs, another professional field in which Frattini has left a significant legacy, formed the backdrop for several of Milan’s trendiest social venues in the early 1960s, particularly the Stork Club and the St. Andrews restaurant. His designs in Portofino, Capri and the interiors of the Hilton hotel in Tokyo are also particularly memorable. His work was referenced at the Compasso d’Oro awards numerous times, and he was also a winner of the Triennale di Milano Medaglie and Gran Premio awards. Domus magazine regularly published his work. 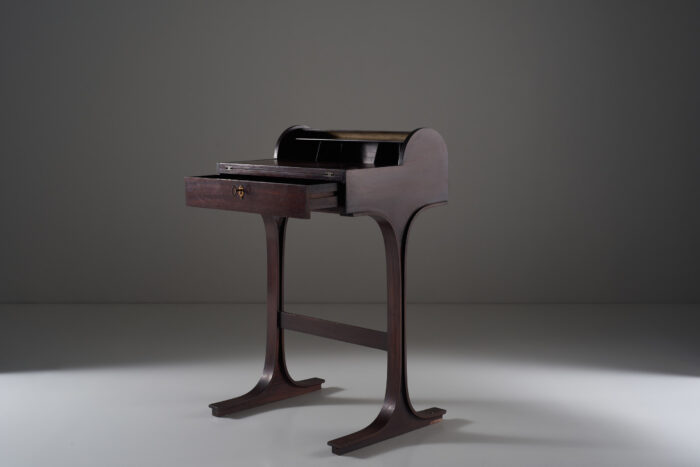